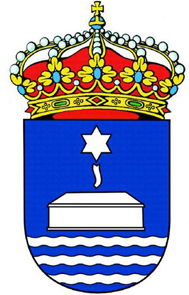 VAL DO DUBRA is a small inland municipality in A Coruña province, with an area of 108.2 km2, located between the area of Santiago de Compostela to the southeast, the municipality of Trazo to the east, Tordoia to the north, Santa Comba and A Baña to the west and Ames to the south. The River Tambre borders it in the south. It has a population close to 4,234 inhabitants according to the 2012 Census, divided among 12 parishes, with Bembibre being the administrative centre.

Val do Dubra forms part of an eminently rural region. The population’s main activities are related to the construction and services sectors. However, the economy is based on the farming sector. There is a low industrial presence in the area, being limited to small workshops and factories. The services sector is centred on Bembibre, the main population centre.

Megalithic Monument in Portomouro
The parish of Portomouro, at the place called Altamira, features a series of mysterious anthropomorphic burial places that date from the 4th-8th centuries.

Trekking Routes
Val do Dubra has three signposted trekking routes for nature lovers: the River Dubra Route, Oak Grove Route and River Tambre Route. By means of these short, easy-to-follow natural routes, which go through the municipality’s most attractive spots, walkers can appreciate their beauty and discover their scenic and cultural value.

Fervenza de Ínsua
Natural monuments
This beautiful cascade is located between the villages of Gontar and Ínsua and within the River Dubra trekking route, which has a total...

Área Santiago Tourist Map
Downloads
Tourist map with all the attractions of the area close to Santiago: Churches and monasteries, Parks and Gardens, Natural monuments, River ...