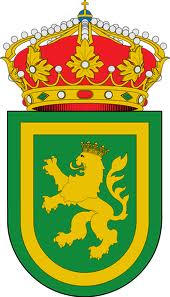 SILLEDA, the former jurisdiction of Trasdeza, is a municipality located in the centre of Galicia, in the northwest of the Pontevedra province; it belongs to the Deza area and has an area of 169 km2. Its territory is divided into 33 parishes with a total population of 9,428 inhabitants, according to the Municipal Census of November 2013.

It is 33 km from the capital of Galicia, with which it is linked by road via the N-525 (daily bus service by Castromil), by dual carriageway via the AP-52 and by rail via the Santiago-Ourense high-speed line (see Renfe).

Natural Heritage: Fervenza da Toxa. Fervenza de Férveda. “Whims of nature”
The Waterfall on the River Toxa, considered one of the highest free-falling ones in Galicia, and that of Férveda, included in the Natura 2000 Network, with trails designed for active walks, make up beautiful spectacles of water, light and sound, camouflaged among well-preserved riverside forests.

Immaterial Heritage: Mozarabic Route – “Vía de la Plata.” “A Stop along the Way”
The Way of St. James features one of the most beautiful and evocative stages that any pilgrim could wish for, with the medieval bridge of Taboada (10th c.), the churches of Taboada and Dornelas (12th c.), the Carballeira do Pazo oak grove, Pazo de Trasfontao, the Muíño de Covián water mill and the towns of Silleda and A Bandeira, equipped with all the services and pilgrim hostels.

Gastronomic Festivals, “Romerías” (Pilgrimages) and “Alto dos Xenerais”
Silleda’s hospitality is reflected in its festivals and pilgrimages, where gastronomy and sarcastic humour make it one of the municipalities with the most events devoted to this type of tourism; there are three Festivals declared to be of Galician Tourist Interest (Galician Pie, Spanish Omelette and the Carnival of the "Xenerais da Ulla") or the original and unique Romaría do Rapaz.

Silleda, “Agricultural Capital of Galicia”
Silleda is the centre of the Agricultural Centre, Spain’s only computerized State market as well as the location of the International Fair of Galicia, the largest exhibition site in the northwest Iberian Peninsula, which stands out as the venue of the Green Week of Galicia and Turexpo.

Albergue de A Bandeira
Where to sleep
The Bandeira hostel is located at km 16.2 in the 12th stage of the Southeast Road. This newly built hostel was opened in the summer of 2013. It...

A Saleta Recreational Area
Recreational Areas
This leisure area is located in the parish of Siador, a parish that appears under the name of Senator and Seador in several medieval documents....

As Pedrosas Recreational Area
Recreational Areas
An area for walking and resting in the only carballeira (oak grove) owned by the municipality. It was opened in 2006 and is located in the town...

Coas Mans Crafts
Shopping
Coas Mans is a company that produces ceramic and glass crafts located in the municipality of Silleda. Many of the objects it makes are designed...

As Verias
Sports and adventure
As Verias is a horse-riding centre specialising in horse-riding routes in the surrounding area, including places such as Castro de Toiriz and the...

Asociación Deportiva Exilieta
Sports and adventure
A golf practice course in the centre of Silleda featuring a training tunnel, putting green and pitch & putt course, as well as the...