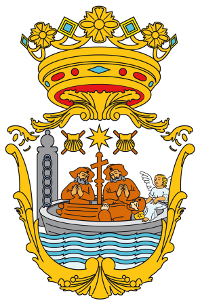 Albergue de Padrón
Where to sleep
The Padrón hostel is located at the end of the 5th stage of the Portuguese Road (Caldes de Reis – Padrón: 18.5 km). The...

Amextreme
Sports and adventure
An active tourism company featuring a wide range of water activities and other leisure initiatives. Its services include white-water rafting,...

Arrepións
Sports and adventure
Arrepións is a ground-breaking company that was the first active tourism one established in Galicia. Its services include water leisure...
1 2 3 4 5 6
next