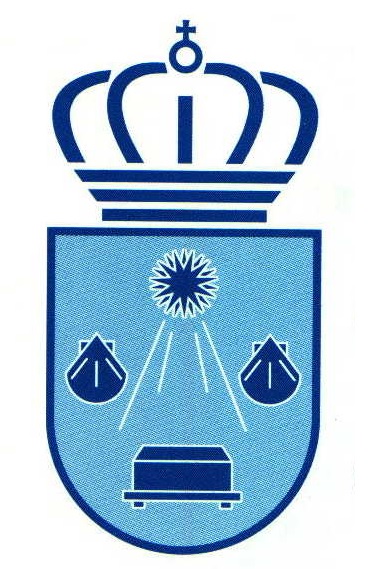 ARZÚA is 385 metres above sea level, in the geographical centre of Galicia, a privileged location very close to the main cities: less than an hour from A Coruña and Lugo, half an hour from Santiago de Compostela and only 20 minutes from its airport.

The municipal district has a population density of 47 inhab./km2, amounting to a demographic total of 6,308 inhabitants (according to the latest Census), divided among 22 parishes.

It is the perfect place for getting away and enjoying its natural and cultural heritage. The commitment to rural tourism and the Way of St. James are its main attractions, apart from its gastronomy and an extensive range of accommodation.

There is a frequent bus service (run by empresa Freire) to and from Santiago, which is very practical for those who only want to walk the last 2 stages of the Way: Arzúa-O Pedrouzo and O Pedrouzo-Santiago (approx. 20 km/day each stage). The same company links other population centres on the Way: Melide and Palas de Rei (on the French Road) and Lugo (on the Original Road).

Portodemouros Reservoir
The region’s most important civil engineering project. Its construction in the mid-1960s resulted in an ideal place for recreational activities, linked to the water and its natural surroundings.

Pazo de Brandeso
A symbol of the settlement carried out by numerous nobles in this area at the end of the 17th century and in the 18th century, along with other “pazos” (country manors), such as Pazo de Sedor, and numerous mansions. This “pazo” inspired Ramón María del Valle-Inclán’s “Spring Sonata.”

Gastronomy
Arzúa’s pastures feed one of Galicia’s most important herds of cows. This circumstance gave rise to a star product, cheese, under two designations of origin: “Tetilla” and “Arzúa-Ulloa.” Centred on this product, every year in the first week in March, the locality holds its traditional and successful Festa do Queixo (Cheese Festival).

French Road and Ribadiso Hostel
Two main routes of the Way of St. James merge in the municipality of Arzúa: the French Road and the North Road. It also features one of the most beautiful and best-preserved hostels, that of Ribadiso (old pilgrim hospital), set in beautiful natural surroundings.

Albergue de Arzúa
Where to sleep
The Arzúa hostel is located at the end of the 29th stage of the French Road, 39 km from Santiago. It is located in the town centre, only a...

Albergue de Ribadiso
Where to sleep
The Ribadiso hostel is located at km 25.8 in the 29th stage of the French Road. It is one of the route’s most highly valued hostels and is...

Carballeira da Mota
Natural monuments
One of the most charming spots in Arzúa is to be found in the small parish of Santo Estevo do Campo. The great attraction of this place is...
1 2 3 4
next